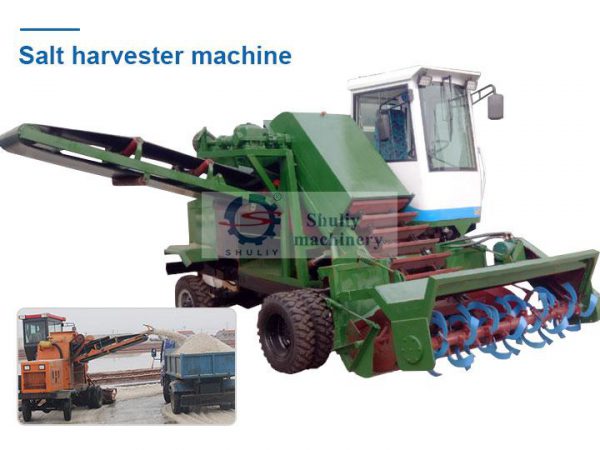 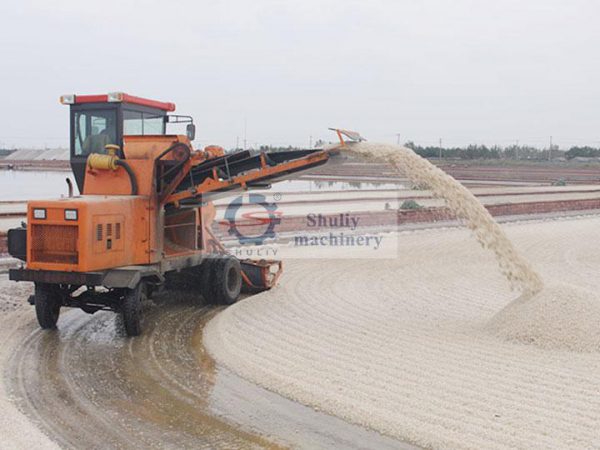 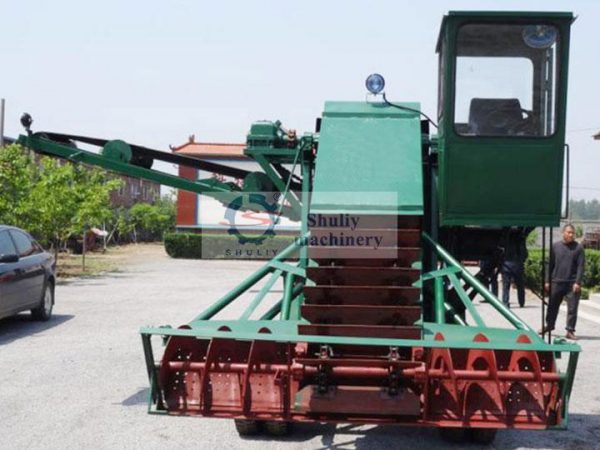 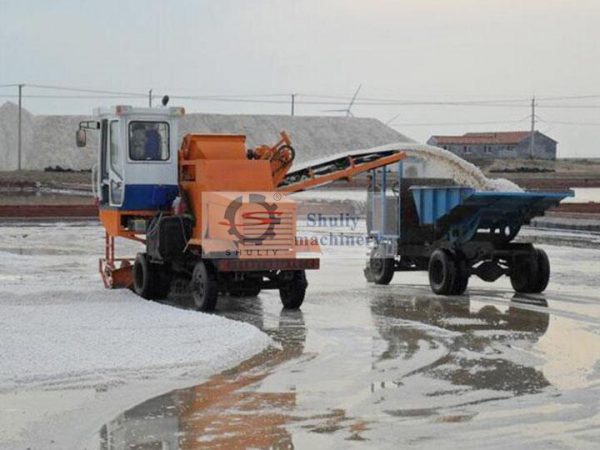 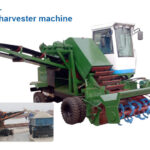 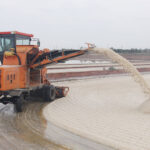 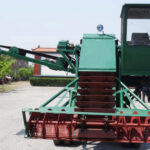 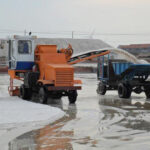 The salt harvester machine with crusher is suitable for the hard slag salt process. It can be used in conjunction with water conservancy pipes for salt collection work, and can also carry out work such as live slag and traction. The salt collecting machine uses a rubber crawler to walk, and the advantage of using the crawler walking is that the salt collecting machine can be driven without destroying the pool plate.

The salt harvester machine is powered by a 4105 basic diesel engine. In order to adapt to the operation in salt ponds, it uses the front and rear drive, rear steering, and is equipped with a lifting and delivery mechanism. It is widely used in the production of machinery in the salt field.

The medium-sized 4105 salt collecting machine is mainly suitable for salt fields where the crystal pool area of the salt district is not less than 1,000 square meters, and the bearing strength of the bottom of the pool is not less than 0.15 MPa and the living level is less than 120 mm.

The salt harvesting machine is a quick pumping type salt crushing and collecting mechanism, comprising a working pump for extracting a brine mixture and a jet pump for assisting salt pumping.

There are no reviews yet.

Be the first to review “Salt harvester machine” Cancel reply

has been added to your cart.
Checkout

You can use this form to contact us quickly, let us know your detailed requirements, we will reply to you within 24 hours.