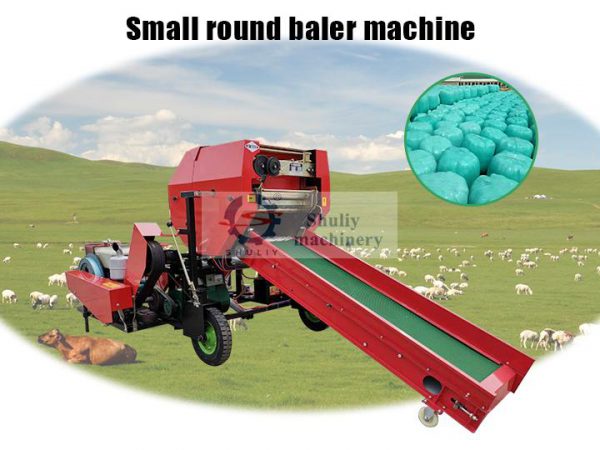 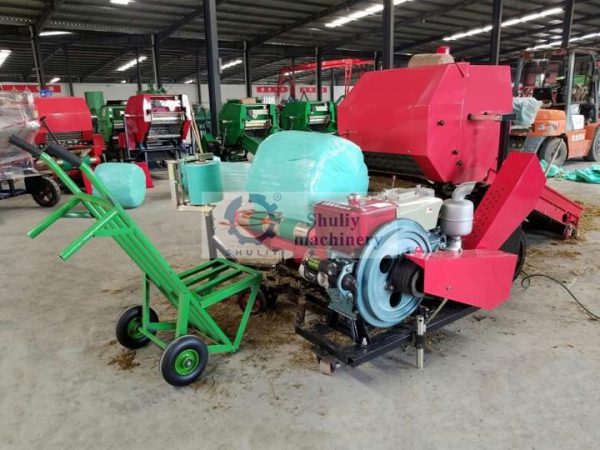 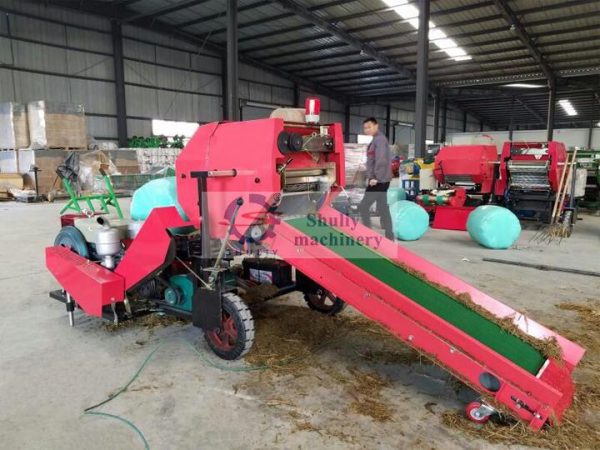 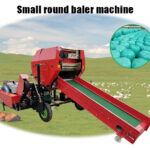 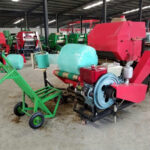 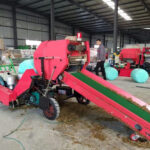 This is a small silage round baler machine. The silage bale size is 550*520mm. Through the anaerobic and chemical action of microorganisms, the silage machine produces a kind of palatability, high digestibility, and nutrient-rich feed under airtight anaerobic conditions.

The silage baler machine integrates baling and wrapping and it has a conveyor belt feeding system. Using the silage method to preserve the green corn stalks or other crop straws, such as vine leaves, and rice straws for a long time also can preserve their nutrients well. The fully automatic silage baler machine is one of the necessary equipment for animal husbandry. Baling and wrapping film is a method of making silage. In addition, the silage feed has a soft texture and a fragrant taste, which promotes the appetite of cattle and sheep, and solves other seasons The problem of shortage. It can make 50-60 silage bales in one hour. You can wrap two-layer film or three-layer film. Film wrapping speed is 13s for 2 layer film, and 19s for 3 layer film.

There are no reviews yet.

has been added to your cart.
Checkout

You can use this form to contact us quickly, let us know your detailed requirements, we will reply to you within 24 hours.